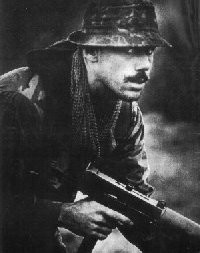 So here's the story behind this well-known grainy black & white photo, where I'm carrying the suppressed 9mm Ingram MAC-10, while glancing over at the camera.

In the Fall of 1982, my UDT-21 platoon was going through pre-deployment training for our Beirut excursion. We were up at the U.S. Army's Fort A.P. Hill, between Richmond, Virginia and Washington, D.C., where the east-coast teams have a permanent SEAL Camp. A small Navy journalism team followed us around for a few days, taking pictures and shooting video. The photo with the MAC-10 was taken while we were shooting pop-up targets on a "jungle lane" course. The Navy photographers and journalists left after a few days. 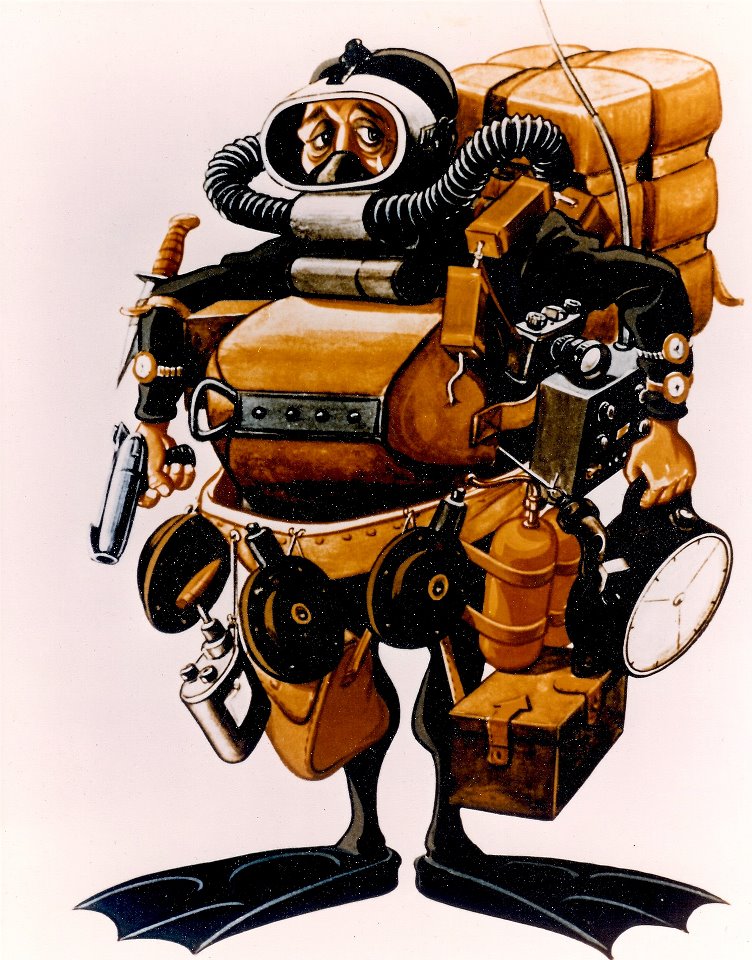 (Incidentally, our platoon was the last to deploy from UDT-21, and while in Beirut we became the first deployed platoon from SEAL Team 4, when the Naval Special Warfare nomenclature changed in early 1983. The organization and training of the UDTs had been the same as the SEAL Teams for a couple of years, in advance of the name change. So there's a little bit of "Team history" for you.) 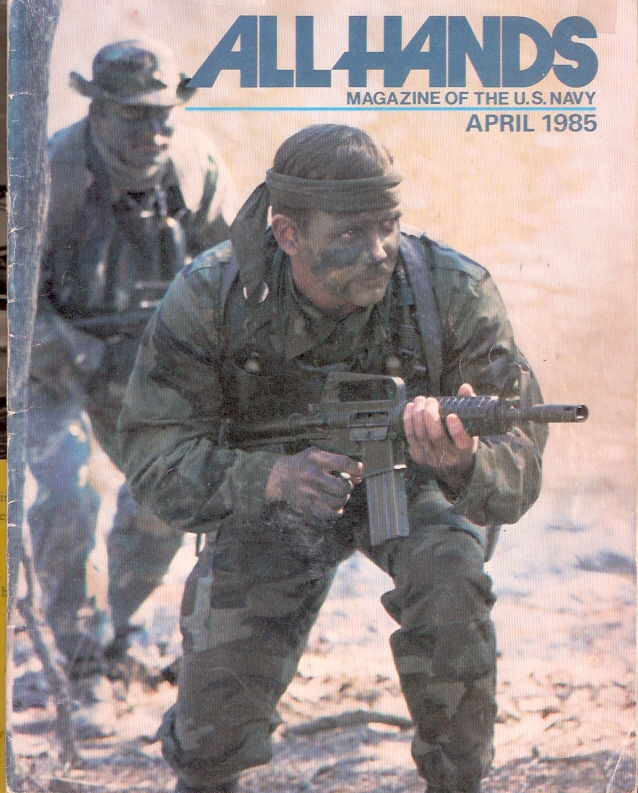 Then the April 1985 issue of the Navy's “ALL HANDS” magazine came out. 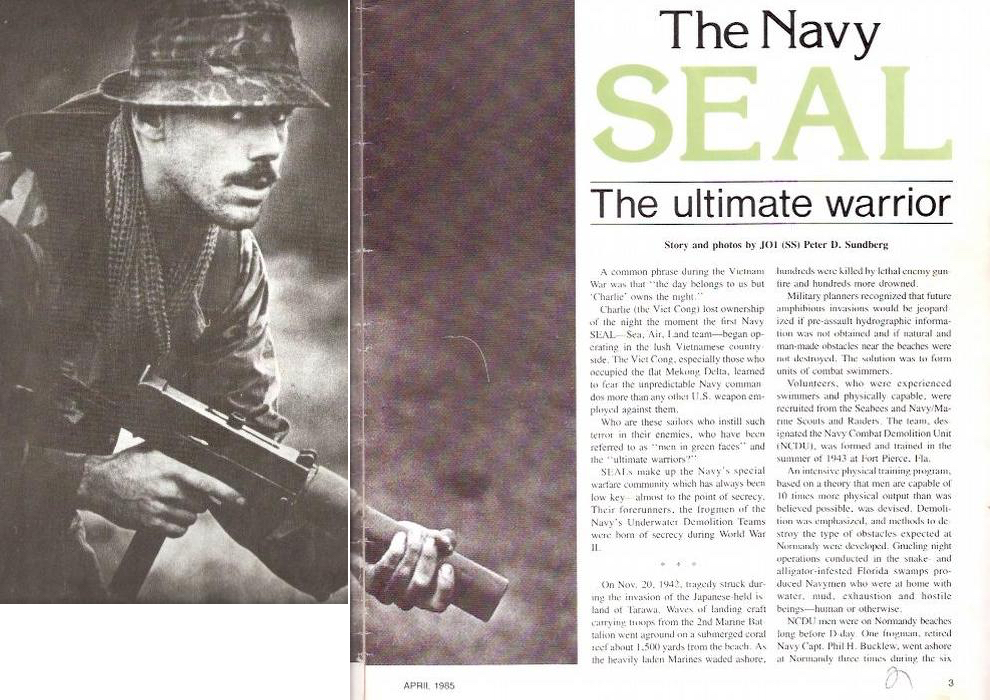 Seeing myself across a two-page photo spread was pretty amazing, to say the least. The entire photo essay occupied eight pages and featured seven pictures. 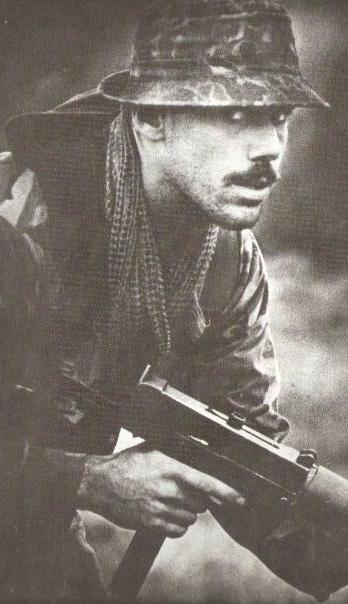 The second of two photos of Yours Truly was on pages 2 and 3. My scanner can't do it all in one take, sorry for that. 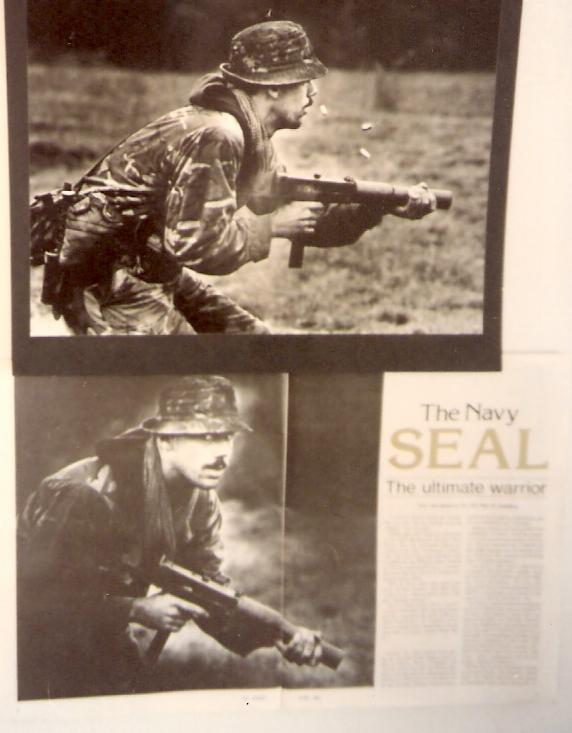 Many years later, somebody emailed me to say that the Violence Policy Center, (formerly Handgun Control Inc), was using another photo taken from that same roll of film from 1982, on one of their website pages condemning what they call “bullet hoses”. 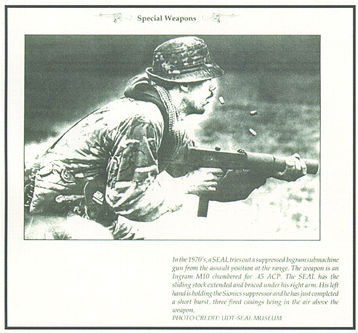 I have no idea how my photo wound up on the website of the anti-freedom and anti-self-defense VPC, but I've enjoyed the rich irony of appearing there for years. (And no, I'm not catching the hot 9mm brass in my gaping mouth.)

So that's the story behind the MAC-10 photo.

Here are some more of my old SEAL Team photos. 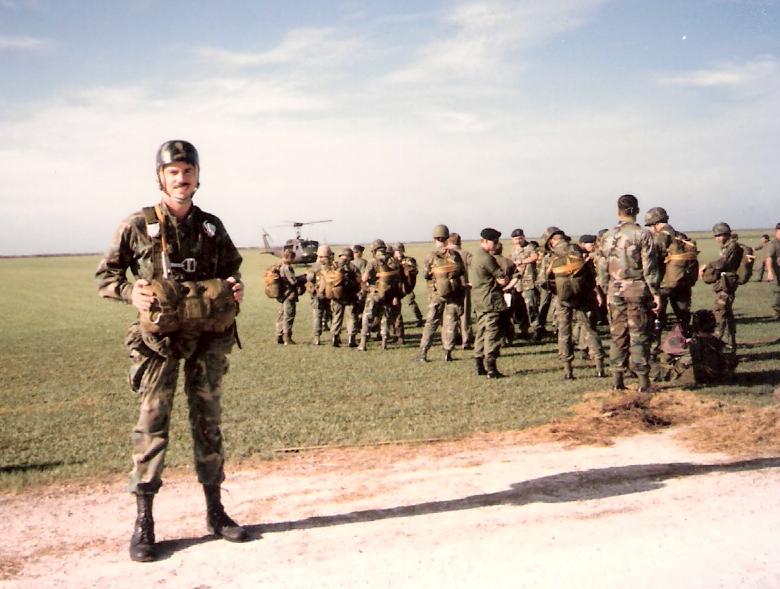 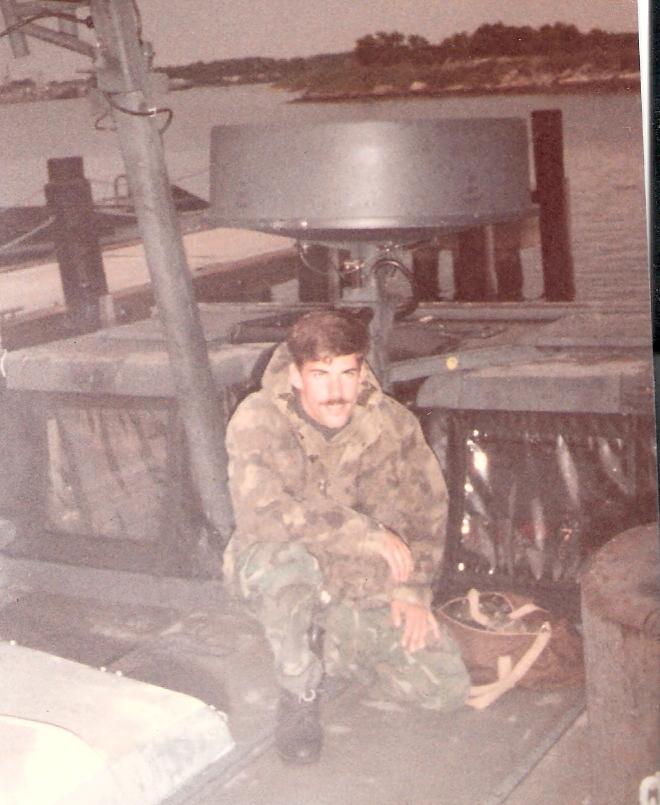 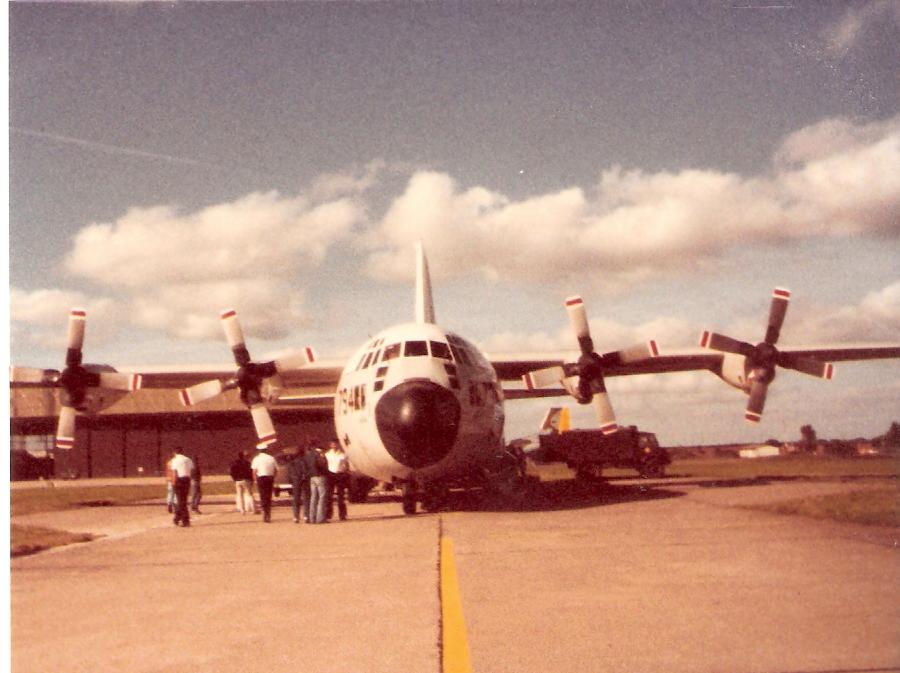 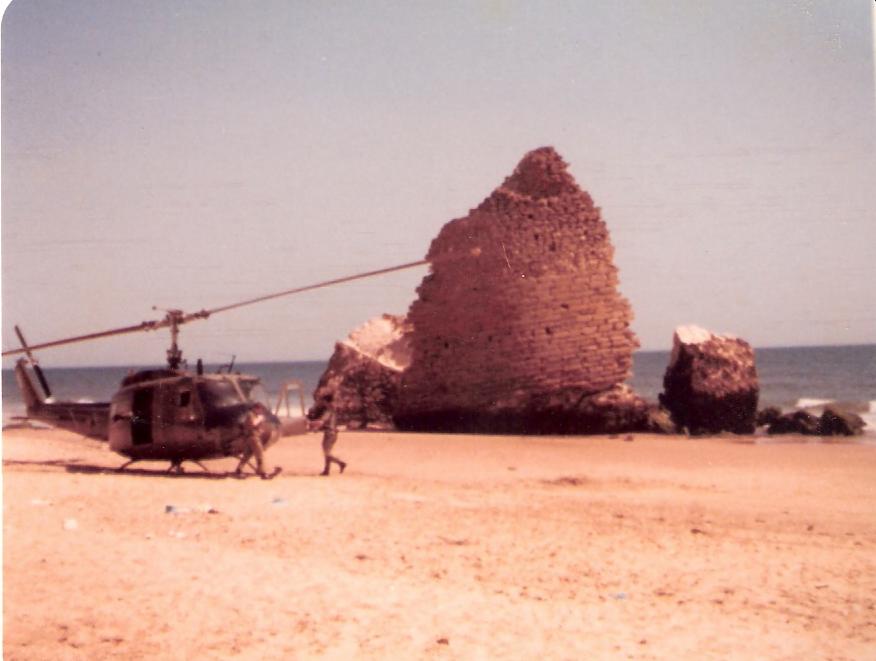 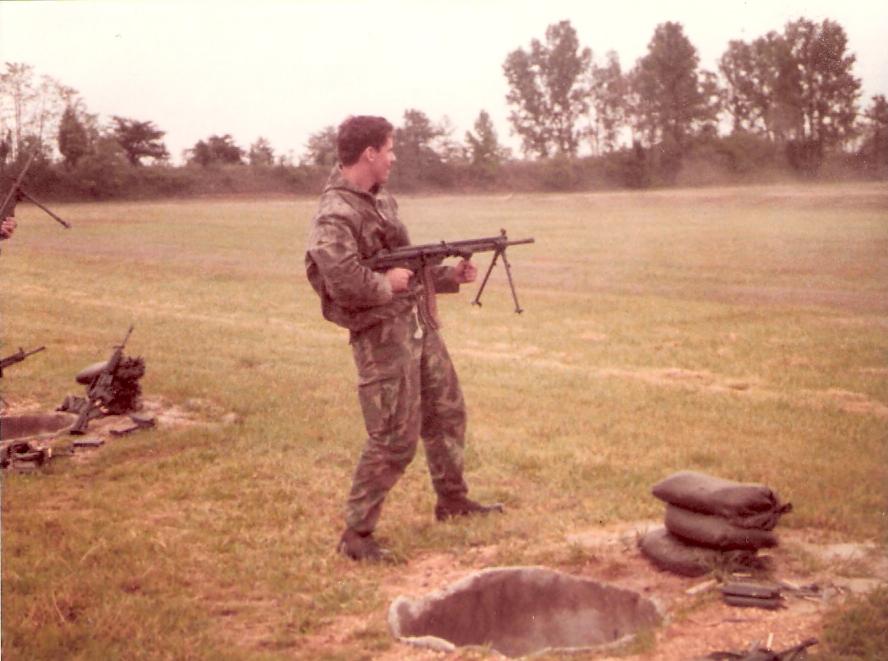 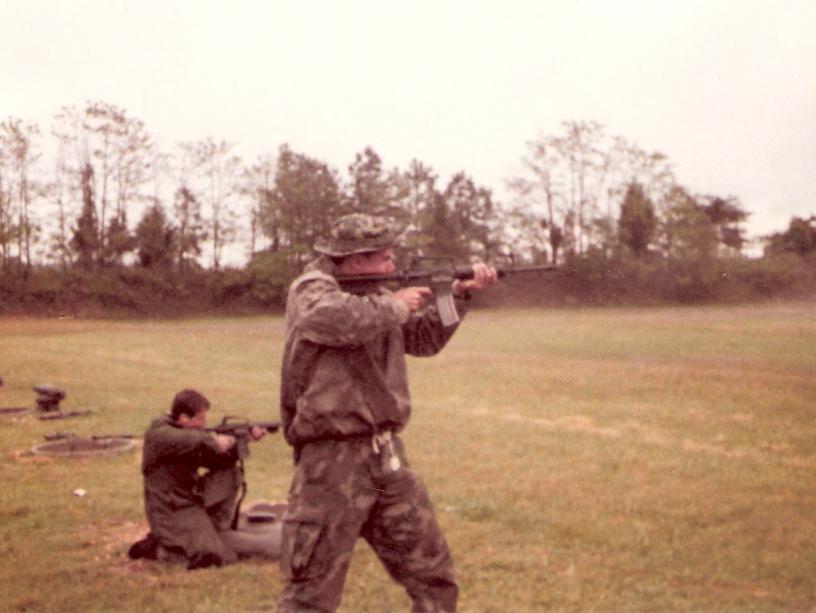 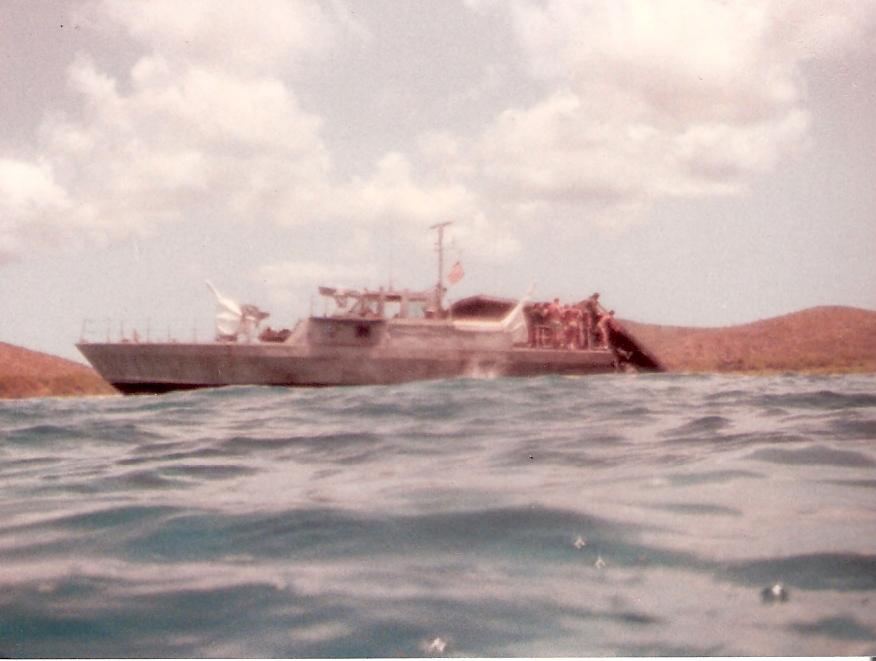 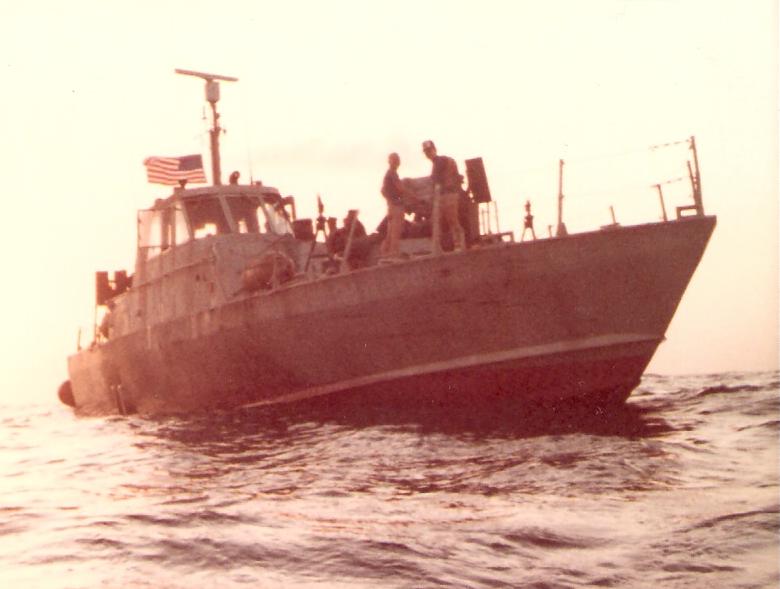 Beirut, 1983. Our platoon went over on MARG 1-83 as the last platoon to ever deploy from UDT-21, and while in Beirut we became the first-ever deployed platoon from SEAL Team 4. The photo (see below) with the flag was taken circa January or February, 1983. The building had plenty of battle damage, but it was roughly cleaned up and used for office space by the Marines. Note the major boulevard just above the aerial photo, which connected downtown Beirut to Beirut International Airport. Thousands of vehicles traveled that avenue every day, just a stone's throw from the building. 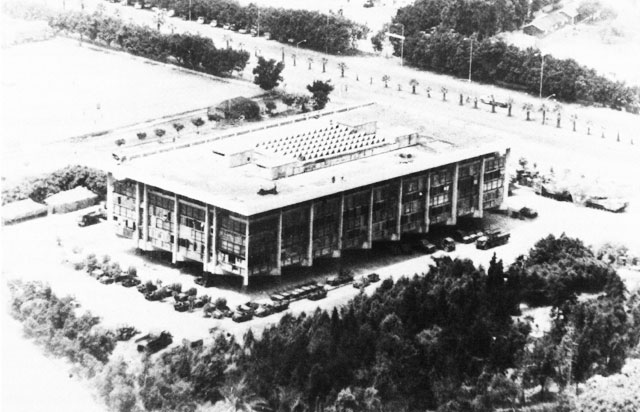 The building shown above is now known to history as the "Marine barracks," but it was never an official barracks at all.

It was the world HQ of Middle East Airlines, and later, during the Lebanese Civil War, it served for a time as PLO HQ. (That frogman in the photo below is not me holding up the flagpole, but it could have been.) Officially, the building housed many of the BLT's daytime offices, and hosted a small number of "watch standers" for the various BLT components overnight.

Unofficially, more and more Marines and Sailors began to sleep in the dry offices overnight, instead of dispersed out in their muddy below-ground sandbagged tents, in the cold Autumn rains. Thus, the stage was set for disaster.

On October 23rd, after our platoon had rotated home, a suicide truck bomber drove right into the large, open central atrium (just past where the two jeeps are parked in the photo) and imploded the entire structure, killing 241 American servicemen, mostly Marines. Perhaps the worst single day in USMC history, and their highest one-day death toll since the Tet Offensive in Vietnam. 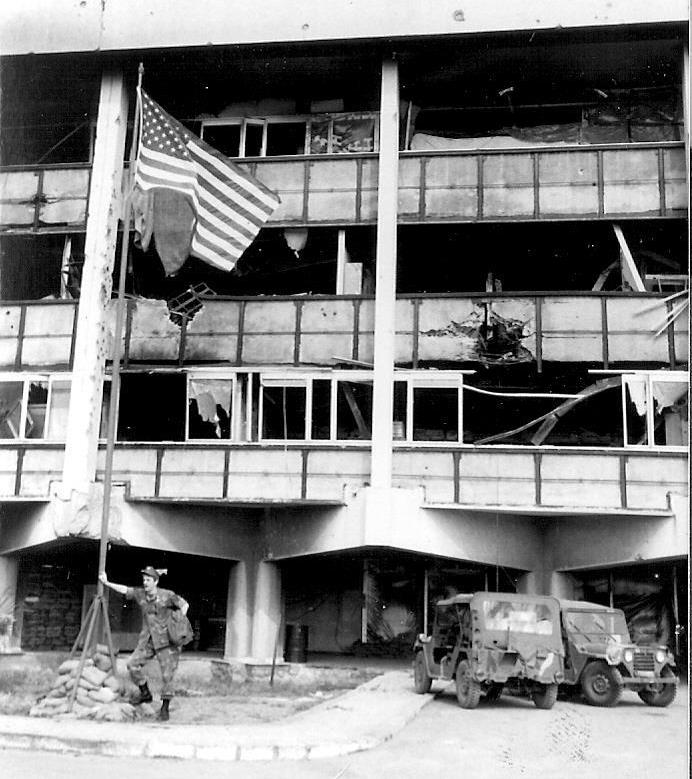 Please note the location of the flagpole in the sketch map below. The Marine sentries were forbidden to have loaded magazines in their rifles. Still amazing to me, three decades later. There is a decent writeup at Wikipedia here. 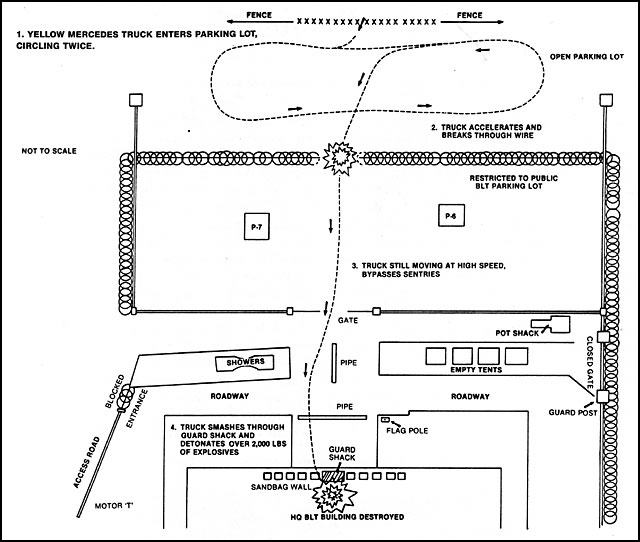